Are electric vehicles the new frontier for Australian miners? 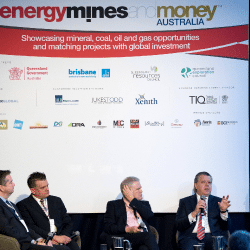 As the use of electric vehicles takes off around the globe, Australian mining is being turned on its head – with former by-products now in hot demand. As the battery-powered revolution charges ahead, four key players in the EV sector revealed that while the future of EV’s seems assured, how the revolution will play out is yet to be decided.

At today’s 2018 Energy Mines and Money Hyundai General Manager Australia Bill Thomas said that with many minerals in the mix as sources of battery composition, there were trade-offs between efficiency and cost that would ultimately determine which sources would be used.

“We can be certain that Electric Vehicles (EVs) and Zero Emmissions Vehicles (ZEVs) is the direction car manufacturers are heading,” Bill said, referencing Hyundai’s $23 billion of investment in the technologies.

“As the technology is improving, the vehicles are becoming more affordable, the performance is improving, and the consumers are responding,” he said.

As to what cars we will be driving in the future – it seems a bit like the decision between petrol or diesel. Both EVs and hydrogen powered cars will be in the mix, as well as hybrids. It’s a matter of which fuel cell technology will give drivers the most bang for their buck – and the technology is constantly evolving.

One of the materials with great potential for the automotive sector revolution is graphene. Graphene Manufacturing Australia Managing Director Craig Nicol said it was not widely known that graphene was highly efficient as an energy storage material, as well as having uses in creating lightweight, strong materials for automotive bodies and potentially transforming car electrical systems because of its high conductivity.

“All minerals will have a role to play,” he said.

“Hydrogen will also have its day too – but what is coming is a radical disruption in the way we conceive car design, driven by lightweight materials that transform energy storage and vehicle construction,” Mr Nicol said.

Alberto Miglucci, CEO of Petra Commodities, said cobalt was also in high demand, but sourcing the material was a problem because of its concentration in areas with high political risk, such as central Africa.

“The other issue is that 98 per cent of cobalt production is as a by-product of copper or nickel. It relies on the nickel/copper production whims,” Mr Miglucci said.

“Finding mines that are pure cobalt is very difficult, probably less than two per cent fall into that category, the rest link onto a nickel or copper project. That will impact on price until cobalt’s economics on both the supply and demand side reach maturity.”

Cobalt prices have increased several hundred per cent in recent years, and there are predictions of a continued increase.

Renewable Hydrogen Director Brett Cooper said hydrogen required a relatively complex supply chain, but Australia was well-placed to support it, especially given the trend towards EV and ZEV cars was accompanied by an overall trend of consumers looking for greener supply chains for all of their purchases.

“This is a great opportunity for Australia. Asian markets will want to see that batteries and hydrogen supplied from green resources. We can export renewable energy on scale to rival LNG energy,” Mr Cooper said.

“Renewable energy can be used to generate hydrogen, and we can export liquid ammonia. The CSIRO has developed technology to crack pure hydrogen back out of liquid ammonia.”

This would require massive investment that has the potential to supply energy equivalent to the LNG industry,” Mr Cooper said.

About Far East Capital
Far East Capital Limited (“FEC”) has been operating for more than 25 years, servicing the junior end of the resource market. It is a family owned, Sydney-based private investment bank specialising in the resources sector. It was originally held 50:50 by interests associated with Warwick Grigor and Andrew Forrest but became 100% owned by Grigor family interests in 1996.

About Renewable Hydrogen
Renewable Hydrogen Pty Ltd is a company working on projects involving the export of Australia’s vast renewable energy resources via the conversion of solar energy into hydrogen for export to Asia as liquid ammonia. Director Brett Cooper, has travelled extensively to Asian countries including Korea, Japan and Singapore to promote Australia’s potential role as reliable long term supplier of renewable, carbon free energy.

About Graphene Manufacturing Australia
Graphene Manufacturing Australia (GMA) was born out of a desire to bring the new wonder material of graphene to various applications not currently in focus. To do this GMA will manufacture high quality Graphene at previously unseen global scale and at bulk prices which will empower innovation in a multitude of bulk applications.

About Energy Mines and Money Australia
Energy Mines and Money Australia showcases strategic mineral, coal, oil and gas opportunities, matching projects with global investment throughout a two-day conference and exhibition at the Brisbane Convention & Exhibition Centre from 11-13 June 2019. Supported by the Queensland Government, the programme will examine the trends and forecasts that will shape investment and development for the mining, oil and gas industries moving forward.